California-based tech giant Apple once again took the spotlight as it unveiled the latest iteration of its mobile platform software, iOS 9. The update brings the following: 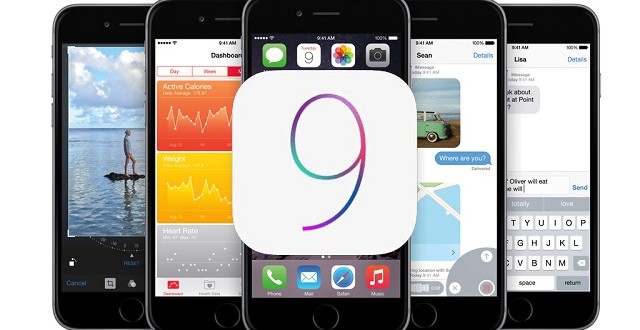 - A better Siri with proactive assistance, making iOS devices anticipate what you'll do next based on what you've previously done and what you're doing now. Plus, Siri will now be able to set up appointments for you, making it an almost perfect virtual secretary.

- Apple Music and Apple Music for Android. These are primed to be challengers for more dominant players like Spotify and Pandora. And while the previous two are miles ahead in subscribers and features, this is Apple we're talking about. If it doesn't fly however, that's USD 3 billion from the Beats acquisition out of the window.

- An updated keyboard and font. Lowercase letters will now be displayed when typing in lowercase (which actually makes sense if you ask me).

- Improved battery life and a low power mode that will enable users to get up to an additional 3 hours. iOS 9 will do this by disabling power-hungry features.

- While traditionally bad in Maps, Apple has also introduced the Transit in Maps App, which shows you transit options in supported cities (also integrated to Siri). Unfortunately, the only places that the app supports are Baltimore, Berlin, Chicago, London, Mexico City, New York, Philadelphia, San Francisco, Toronto, Washington, and China. If you're in the Philippines, bad luck.

- A better News app, which looks a lot like Flipboard actually. At this point, it's a no-brainer, since Samsung has integrated the latter to Touchwiz since the Samsung Galaxy S4.

- Wallet is now the new Passbook. With the lucrative e-money just waiting for someone to crack the code, Apple's new Wallet will have credit and debit card support for Apple Pay. You'll now also be able to store loyalty and rewards cards with this new app.

- If you've ever used Evernote, you'll be glad to know that the company have now improved their Notes app up to the former's specifications. The notes itself are stored on iCloud.

Compatible devices for the iOS 9 update are as follows:

The iOS 9 developer beta is now available, while the public beta will be released somewhere in July. The consumer release is said to be slated around September this year.