The biggest gaming closer event of the year, ESGS 2015 (E-Sports & Gaming Summit 2015) is back, bigger and better than ever, this October 24 and 25 at the SMX Convention Center, Mall of Asia Complex, Pasay. This year's ESGS was said to be patterned with Japan's ultra-popular Tokyo Game Show, better known as TGS. 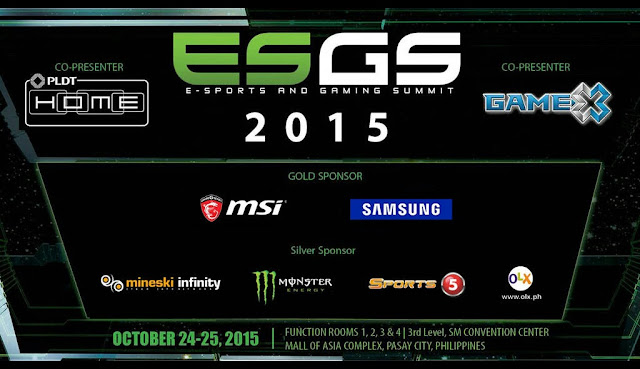 The convention will feature the nation's hottest games, such as DOTA 2, League of Legends, and Tekken. Developers, electronics companies, and gaming groups (and of course, cosplayers), will also be able to showcase their wares and their own tournaments inside their respective booths.