When people think of high end, premium on-ear headphones, they either think of Marshall or Beats. While we can't blame them for thinking so (both brands might have bigger marketing budgets to burn), popular isn't always the best. Case in point is the beyerdynamic Custom One Pro on-ear headphones. This pair of cans in summary look pretty on the outside but mean on the inside. Here's our review. 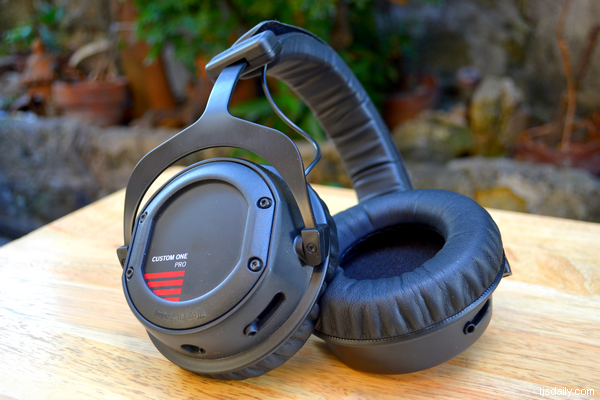 beyerdynamic's Custom One Pro will make your eyes glued to it right off the bat. Its cans are made of hard matte plastic which color looks similar to that of a stealth fighter. The stem holding the cans together with the headband are also of matte black steel. The headband itself - also colored black - is among one of the more comfortable bands I've ever worn, with one of the major contributors being the foam. This also goes for the foam in the cups as they're very comfortable as well. 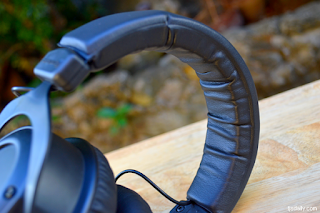 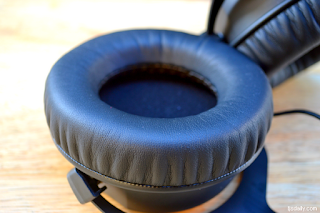 On wear: The Custom One Pro wraps around your head snugly, but not once would you feel that it's very tight that you need to adjust, though you'll still experience the occasional sweaty ears, depending on your usage. The leather wraps on the band and the cups are also very smooth and comfortable, but feel very thin and prone to damage in the long run. However, they're pretty heavy and bulky to lug around, i.e. they're not carry-friendly. You'll have to have some sort of dedicated case for these cans if you want to bring it somewhere, unless you don't mind putting it over your neck (which pretty much some of us do).

Another cool thing about the beyerdynamic Custom One Pro is its customizability: You can unscrew the bolted sides of the cans via an Allen wrench included and replace the printed design with cards that come together with the box to fit your personality with up to 16 designs - if you're a rocker, there's a card with skulls printed against a black background. 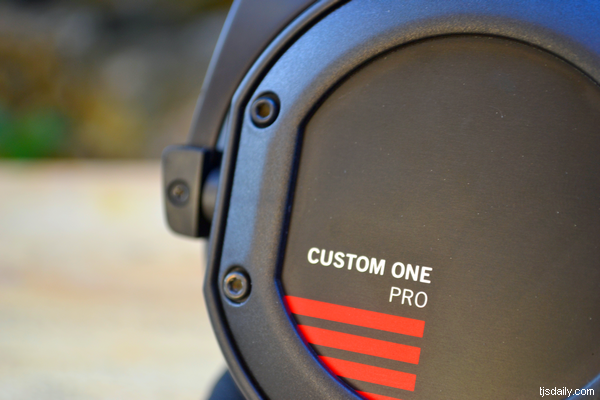 Surprisingly, wheareas contemporary audio manufacturers splurge on box design and use material of questionable quality on the actual headphones, beyerdynamic goes for the plain packaging approach, with just the right amount of visuals on the box. Whether or not this affects the cans' sales, it's purely their marketing's call.

The beyerdynamic Custom One Pro is definitely up there when it comes to audio prowess. To say that it sounds good is an understatement.

The cans feature 50-millimeter, 16-ohm dynamic drivers with a rated frequency response of up to 35,000Hz. It also sports bass control switches located at each can's side that allows you to control the headphones' bass output - Light, Linear, Vibrant, and Heavy are what beyerdynamic calls it. The first three settings offer very light to moderate bass, while the last just drops bombs of bass to your eardrums, not that it's a bad thing. On top to of the bombs, the sound spill on Heavy is pretty terrible, so much so that someone immediately beside you would be singing to your tune. Then again, it's going to be the most used setting anyway; we did have some awesome fun running EDM tracks on it for hours straight. 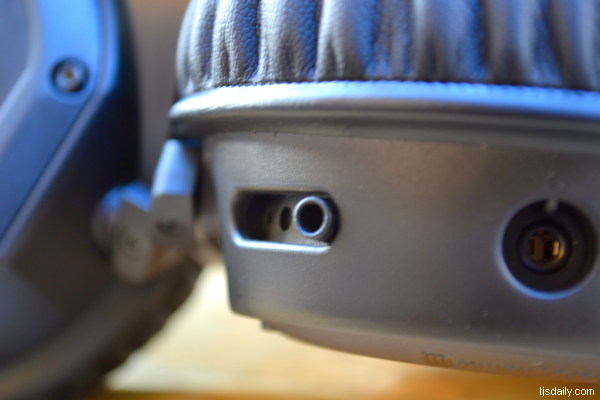 Sound isolation is pretty solid with the Custom One Pro as it completely walls you out of the environment you're in, with the exception of barking dogs (I kid you not). On another note, soundstaging is negligible.

However, the biggest selling point of the beyerdynamic Custom One Pro would be the sheer amount of musical range it brings to your ears - also known as timbre. It brings about sound from lossless music files that are more or less drowned out by more powerful beats. An example of this would be Maroon 5's Nothing Lasts Forever, where light notes around the 1:55 bridge play - something that wouldn't be very audible otherwise. That said, it reproduces rather very pronounced mids such that it may make your ears ring, for example while listening to Coldplay's Paradise. You should definitely take into account ear fatigue and high volume levels. 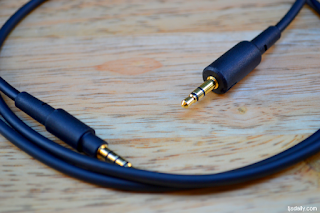 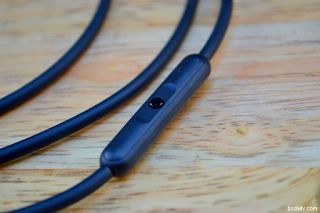 On input devices: I mostly used the Custom One Pro on devices that are plugged to a wall socket, but I did attach it to a few of my smartphones. Though it resulted in decreased thump (smartphones on the average have 2800mAh in power), it still played like a champ because of its low impedance at 16 ohms.

The beyerdynamic Custom One Pro is among the best headphones we've ever tried on, and it's a great buy at its price point. It's very stylish, comfortable, and competitive - though there's the occasional annoyance of the cans being too big to be portable. It's also very customizable, from the replaceable artful cards at the sides of each can, to switching bass levels on the fly. The Custom One Pro is definitely something one would want to have. 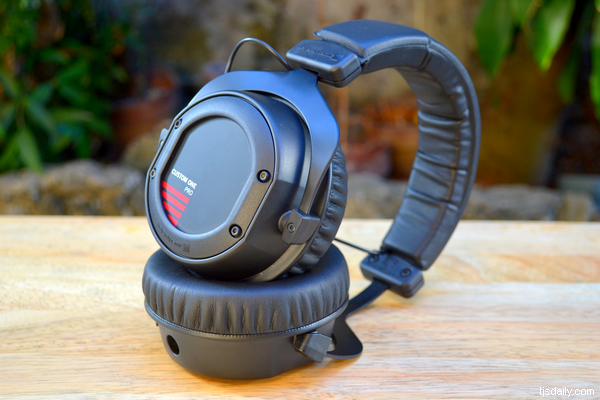 The beyerdynamic Custom On Pro is available at the following JBL branches: