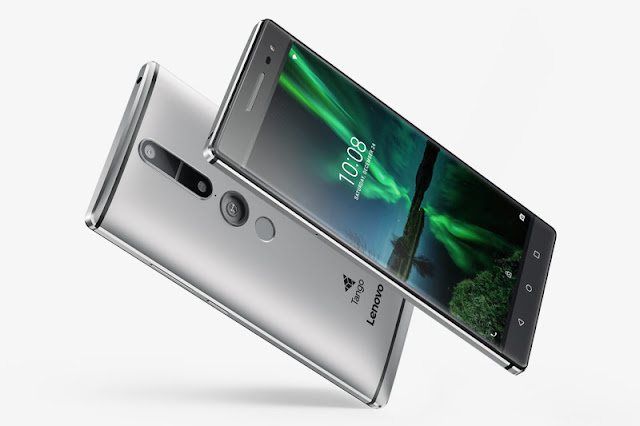 The Phab 2 Pro is the world's first smartphone to include Tango—a new technology from Google that enables augmented reality (AR) gaming and utilities. All you have to do is look through the Phab 2 Pro, and you'll see objects and information overlaid onto the real world.

You can measure objects with just your phone. Or visualize furniture like a new table or sofa to see how it looks in your home. Or simply play with your virtual pet. Wherever you go with the Phab 2 Pro, there's always more to explore.


What does this mean for the average user? Well, fancy 3D and VR tricks at the most, not until Android developers ride the bandwagon and develop apps that harness the technology's full capabilities. This aside, the Lenovo Phab 2 is a performer on its own, as it sports the Qualcomm MSM8976 Snapdragon 652 chipset, 4GB of RAM, 64GB of onboard storage, and a fingerprint sensor. However, it doesn't feature USB Type-C, which in a way is good, since the technology is still in its infancy. Conversely, the device looks promising as a portable entertainment powerhouse because of its 4050mAh battery and Dolby Atmos sound system. It's also thin at its 8.9mm profile.

Project Tango was introduced 2 years ago on June 2014, but has been only recently utilized and highlighted due to Google and Lenovo's partnership. Only two other devices have featured Tango: the Peanut phone and the Yellowstone tablet.

The Lenovo Phab 2 Pro is expected to be released around September 2016.