A few hours ago at the Lenovo Tech World conference, Lenovo announced the Motorola Moto Z, Moto Z Force, and the Moto Mods. The first two are the company's latest flagships, and the latter is somewhat more interesting, in line with modular components being all the rage. 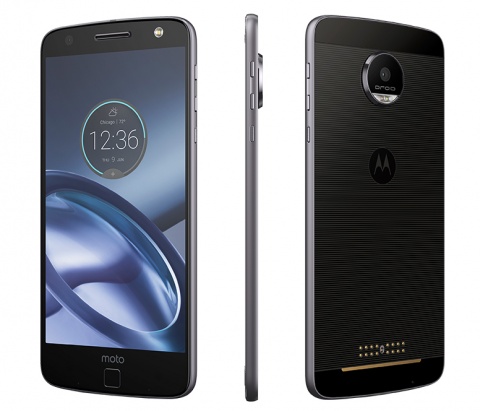 The Motorola Moto Z is Lenovo's base model flagship, and it features a Qualcomm Snapdragon 820 processor, 4GB of RAM, 32GB & 64GB onboard storage configurations, a 13-megapixel camera, and a fingerprint sensor. At 5.2mm, it's not surprising that its battery capacity is only at 2600mAh—dimensions perfect for the Moto Mods. The Moto Z Force on the other hand is almost the same as the Moto Z, with the only differences being the 21-megepixel camera, a shatterproof display, and a larger 3500mAh battery. It's thicker at 7mm, but is still within today's range. The downside to these Moto Z devices? There's no headphone jack, meaning you can only listen via Bluetooth, or use the USB Type-C adapter for 3.5mm headphones. 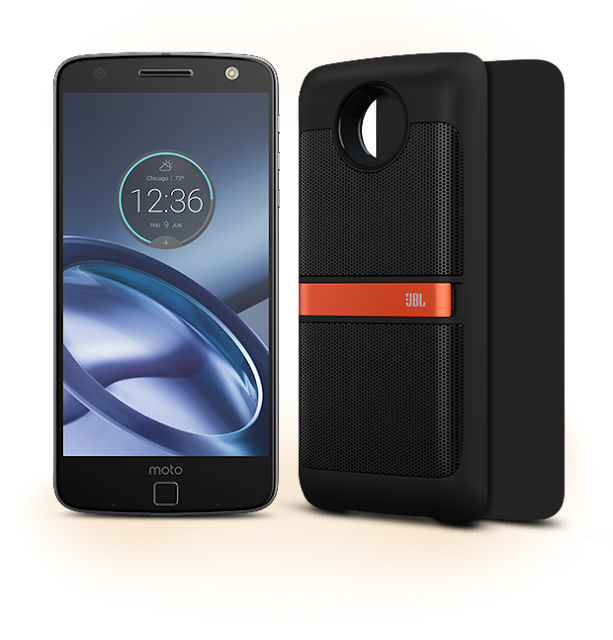 As we mentioned previously, what makes these new devices interesting is that—like LG and Google—Lenovo outed these phones with modularity in mind. Enter the Moto Mods: accessories that snap on to both Moto Zs via four magnets, communicate via a series of rear pins, and increase the devices' functionality. If you want a portable sound system that isn't operated by Bluetooth, there's a SoundBoost Mod—in partnership with JBL—that you can place on the Moto Z and just start spitting audio. If 2600mAh is too small for you, there's the Power Pack Mod that will add a further 2200mAh to the device's battery life. There's even the Insta-Share Projector Mod that will project whatever you have on your device, "up to 70" on any surface". All these accessories will be available for purchase separately, and according to Lenovo, they'll ensure that these will work for at least two newer generations more.

The Moto Z and Moto Z Force do not have any announced pricing yet, and is expected to go worldwide Q3 2016 (they'll be an exclusive to USA's Verizon for a period of time).