The new LG G6 will feature the following set of firsts:

Google Assistant - the LG G6 is the first non-Google Pixel device that will feature said virtual assistant
UX 6.0 - LG's latest proprietary Android launcher
FullVision Display - a new display aspect ratio, that being 18:9 (or 2:1) aspect ratio. It is longer and more narrow than the standard 16:9 aspect ratio implemented today
Dolby Vision & HDR10 support - the LG G6 is the first device to support both new video formats in mobile. While there are relatively few title available on both formats, it's good to know that the LG G6 would be multimedia future-proof for a few years to come 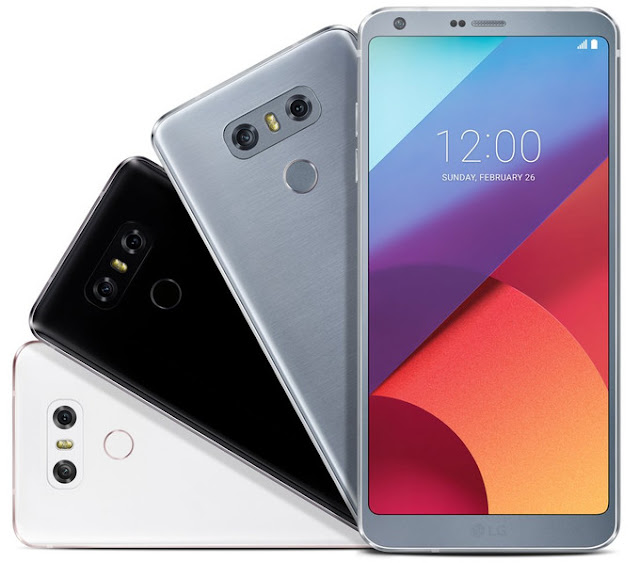 While the LG G6 carries features and looks from its predecessors (namely the LG G5 and the LG V20), it's notably the first to employ - after a few generations - a unibody case, a departure from their previous outings that enabled customers to remove their device's battery. The face of the LG G6 is almost all-screen - highlighted during the keynote that phones need bigger displays without being bigger phones.

Aside from the above, the LG G6 will come out with Android Nougat 7.0 out of the box, and will run on the Snapdragon 821 SoC, paired with 4GB RAM, 32/64GB onboard storage variants, and up to 2TB microSD support. It'll also boast a 5.7-inch QHD+ display (running the 18.9 aspect ratio on FullVision), and 32-bit Hi-Fi Quad DAC for enhanced mobile audio playback. With these alone, you have a sense of guarantee that this device is a portable media powerhouse.

Photography-wise, you won't hear any fancy Carl Zeiss lens here, but instead dual 13PM rear cameras - one for wide-angle shots with 125° lens and f/2.4 aperture, and the other for regular shots with 71° lens and OIS 2.0. The front meanwhile houses a 5MP front-facing wide-angle camera with 100° lens and f/2.2 aperture.

What's a powerhouse without a powerful battery and durability? The LG G6 sports a 3300mAh non-removable battery that features Quick Charge 3.0. It also has IP68 certification, meaning it can survive dust and water submersion for a certain period of time.

Other minor features that are worth mentioning are its LTE-A 3 Band CA support and NFC capability.

Pricing and availability weren't disclosed by LG during the Barcelona keynote. We're expecting this to develop a few days or weeks after the initial salvo of new device launches.