It's been a while since we wrote about a local mobile smartphone brand, but we were pretty sure that if it's any local brand we're going to write soon about, it's Cherry Mobile. The local company might've halted getting in touch with tech bloggers to get the news out, but we're still listening.

Anyhow, what we're talking about is the Cherry Mobile Desire R8. It's a dual camera Android Nougat smartphone (together with the Cherry Mobile Flare P1 and P1 Plus, which we'll not talk about here) that looks like it's capable of going toe-to-toe with other international dual camera smartphone offerings. It has decent specifications on paper too: a 5.5-inch FHD display, 3GB of RAM, a 1.5GHz octa-Core Mediatek 6750T processor with a Mali T860 GPU, and a 3000mAh battery. 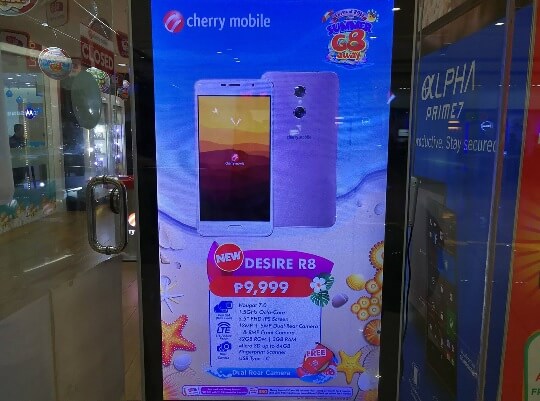 More important than the above are its dual cameras, the main rear camera being a 13MP snapper, while the other one is a 5MP rear backup. Now, we don't know the quality of the device's snaps yet, but we're pretty much sure everyone's holding every dual camera smartphone's outputs to the highest standards, and just sporting a dual camera just to say "look at us, we also have a dual camera smartphone!" isn't going to cut it. However, it should be considered by those strapped for budget, but only after considering other devices at the same price range.

Other features sported by the device are a fingerprint sensor, and USB Type C.